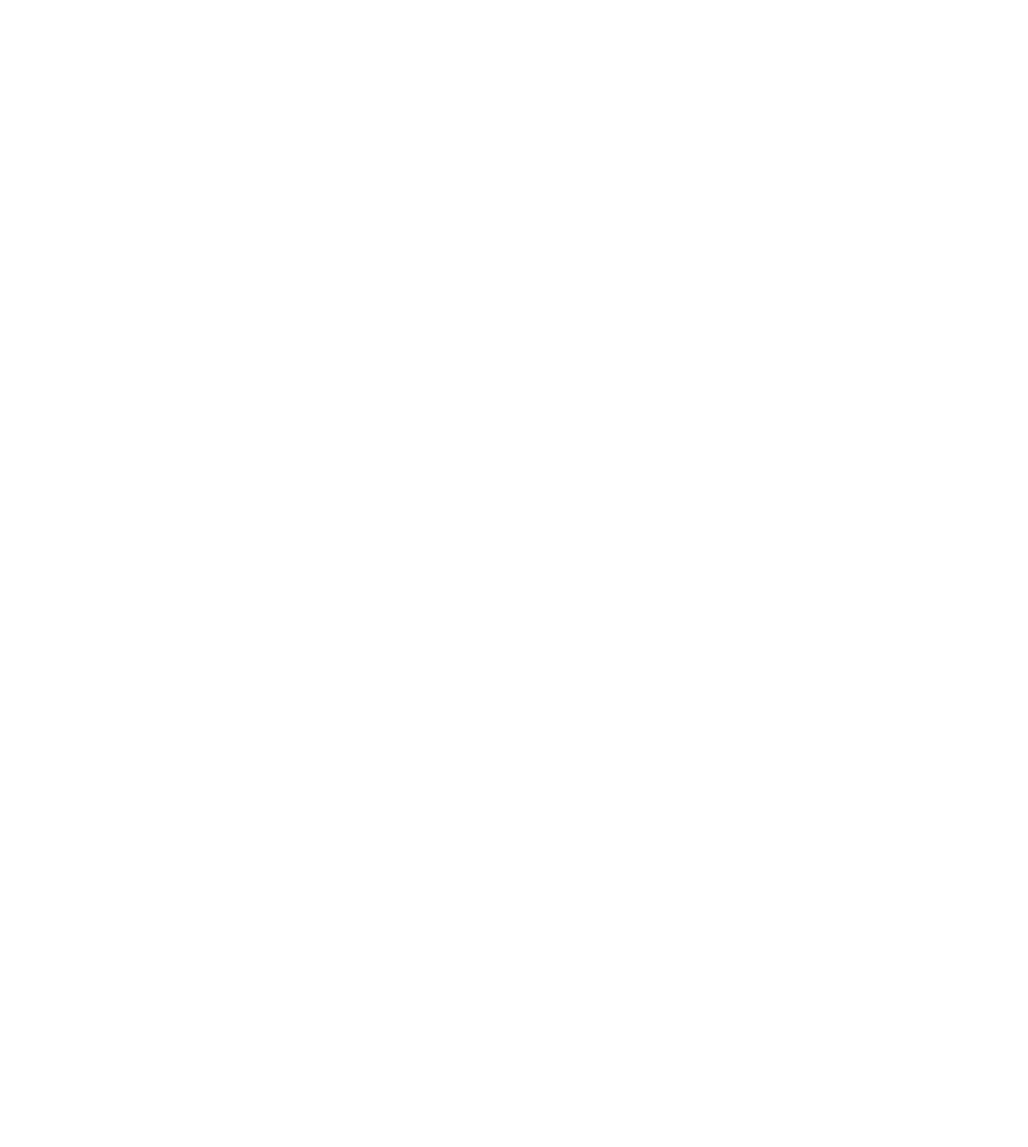 The National Trafficking Sheltered Alliance is a network of service providers committed to enhancing services and increasing access to care for survivors of human trafficking and sexual exploitation.

Human trafficking is the fastest-growing criminal industry in the world, with up to 300,000 people at risk of being trafficked in the US alone. This problem generates a desperate need for thousands of survivors to find a safe place where they can heal and experience high quality, trauma-informed care.

As the response to human trafficking in America continues to increase, the need for service providers to collaborate and stay connected is more important than ever. NTSA is working to ensure that every survivor has access to the care they need via three sustainable initiatives… 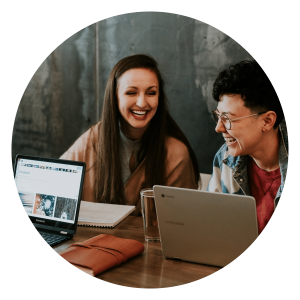 We equip programs with training, resources, and support to learn and grow in a collaborative national community. 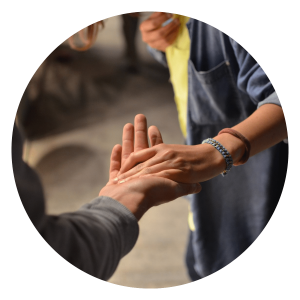 We connect survivors from anywhere in the US with appropriate residential shelters efficiently and with dignity. 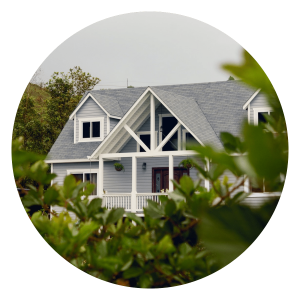 Change isn't just possible, it's happening. Join us on the journey. 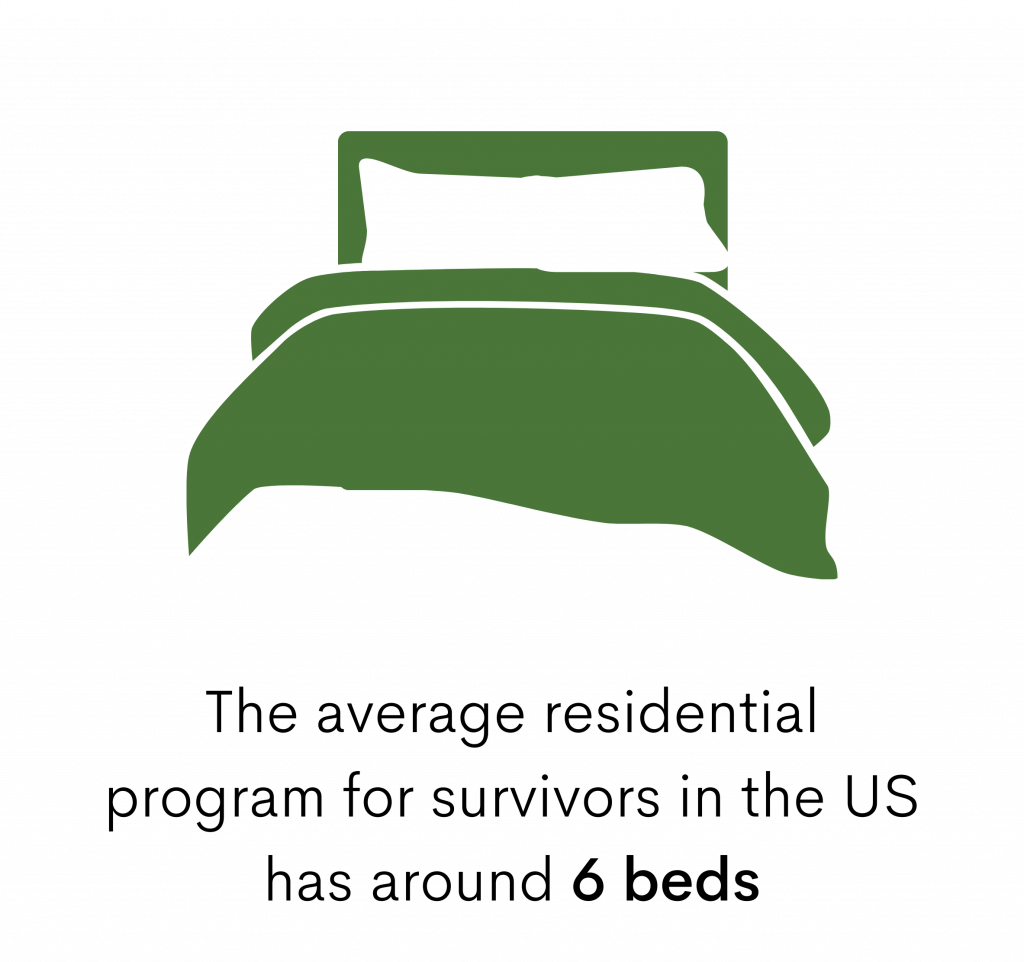 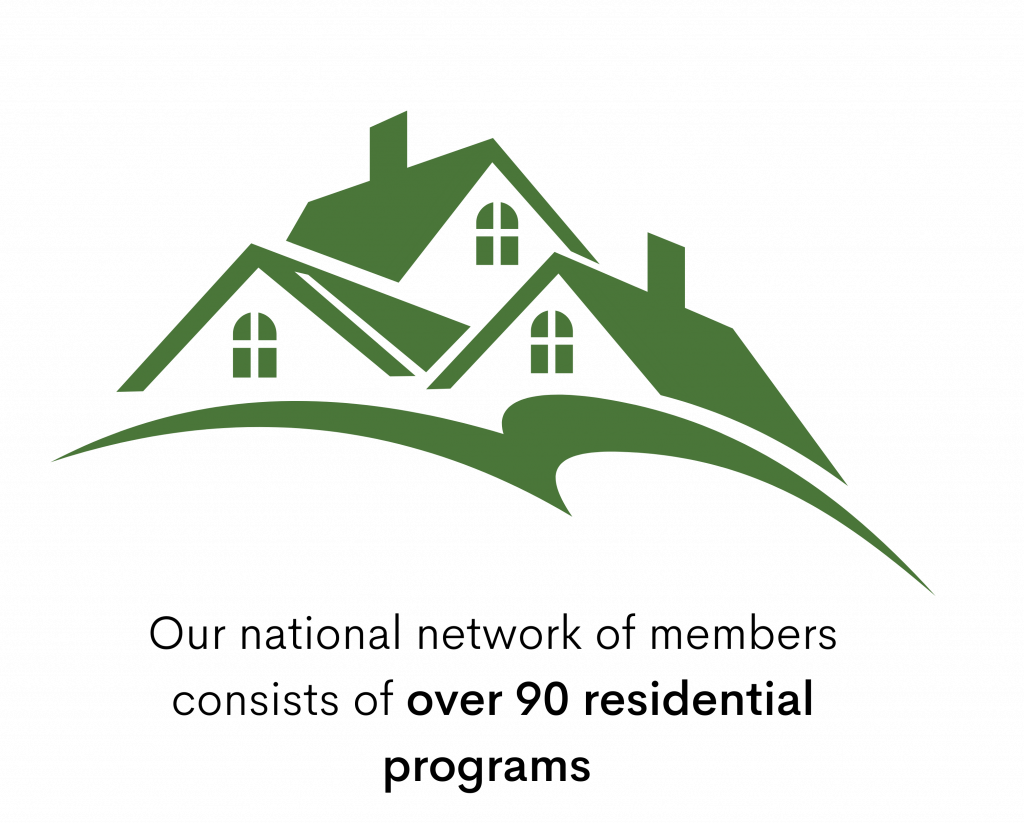 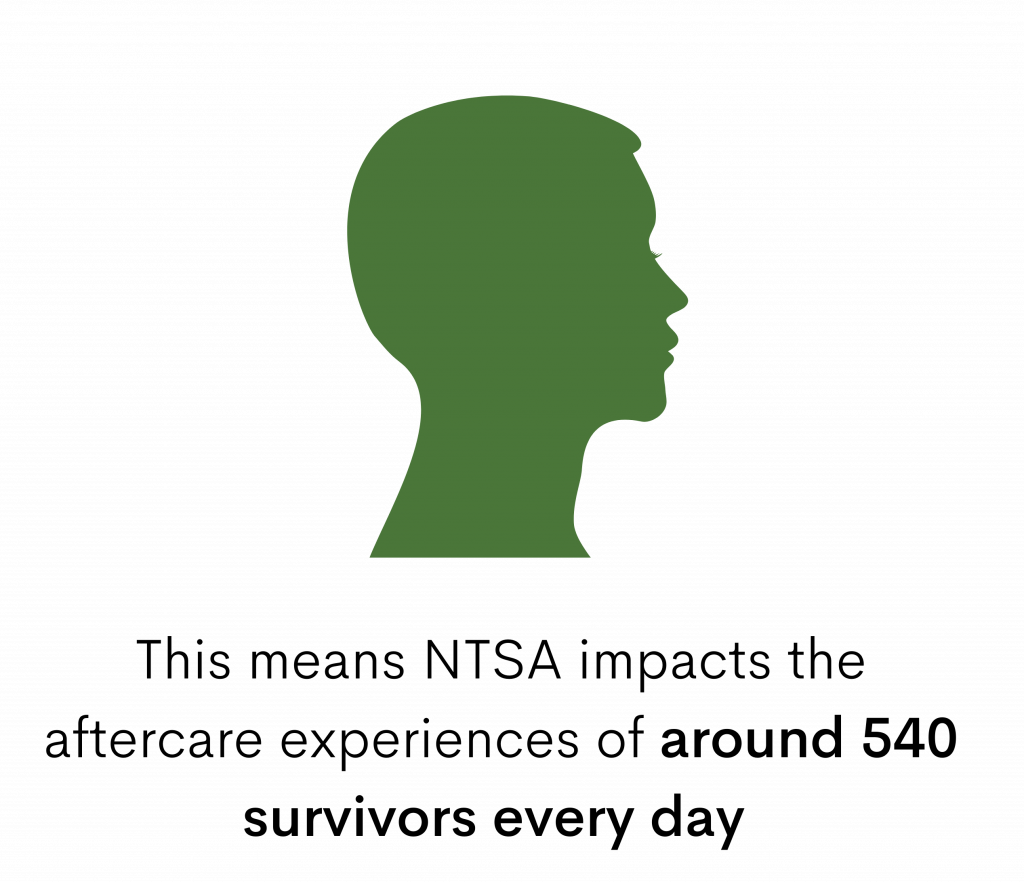 National Trafficking Sheltered Alliance was born out of a need to ensure every survivor has access to the best quality of care and every service provider feels connected to a support system. In 2016, twenty-two agencies from across the country gathered outside of Chicago, IL, along with a host of individuals who aspired to get involved in survivor care. Represented were survivor allies, survivors of the sex trade, and survivors of other forms of exploitation. It was an incredible gathering of dedicated individuals, each of whom had accepted the call to step into the world of darkness and evil known as human trafficking.

Soon after, it became clear that there was eagerness to formalize an alliance of service providers. In January of 2018, a founding steering committee was established that consisted of eight agencies from across the country: The WellHouse (AL), Gracehaven (OH), Engedi (WA), Rest (WA), North Star Initiative (PA), Refuge for Women (KY), Truth for Women (PA), and The Samaritan Women (MD). Then in October of 2018, National Trafficking Sheltered Alliance (NTSA) officially launched to the public. At that time, some members of the founding steering committee became NTSA board members.

The formation of NTSA happened organically. It was developed out of a sincere desire to learn from one another so that we could each improve our services, as well as grow together as an anti-trafficking field. There was a great determination to sharpen each other so that all involved could provide the best quality care to survivors of trafficking. There was an understanding that the best way to do that is by working collaboratively – to rise by lifting others.

We value your trust & make sure your generosity counts… NTSA strives for the highest level of financial integrity. When you give, every dollar has impact. 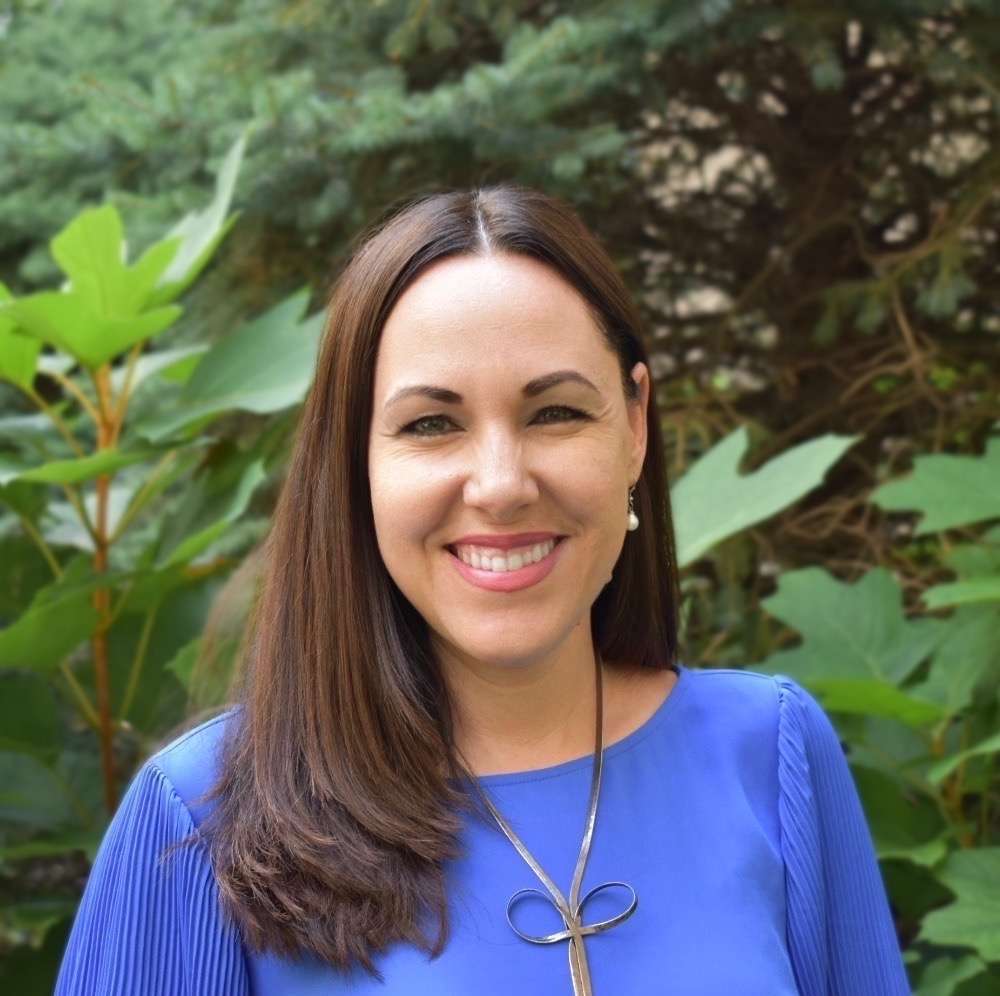 Melissa is the Executive Director of the National Trafficking Sheltered Alliance. Melissa has her master’s degree in International Development from Eastern University and has worked in the anti-trafficking field for over ten years at both the local and national level. For nearly eight years, Melissa worked in a direct service role at a long-term restoration home for survivors, where she noticed firsthand how service providers often felt siloed in their work. It was through this experience that Melissa realized the importance of building bridges and cultivating collaboration- forming a national community led by the belief that we rise by lifting others. As the Executive Director of NTSA, Melissa has had the opportunity to see the diversity of programs supporting survivors across the US and share with the service providers on the ground about the needs, challenges, and wins they experience for survivors in their programs. Before joining the anti-trafficking field, Melissa worked in advocacy and policy, supporting issues related to hunger and poverty. 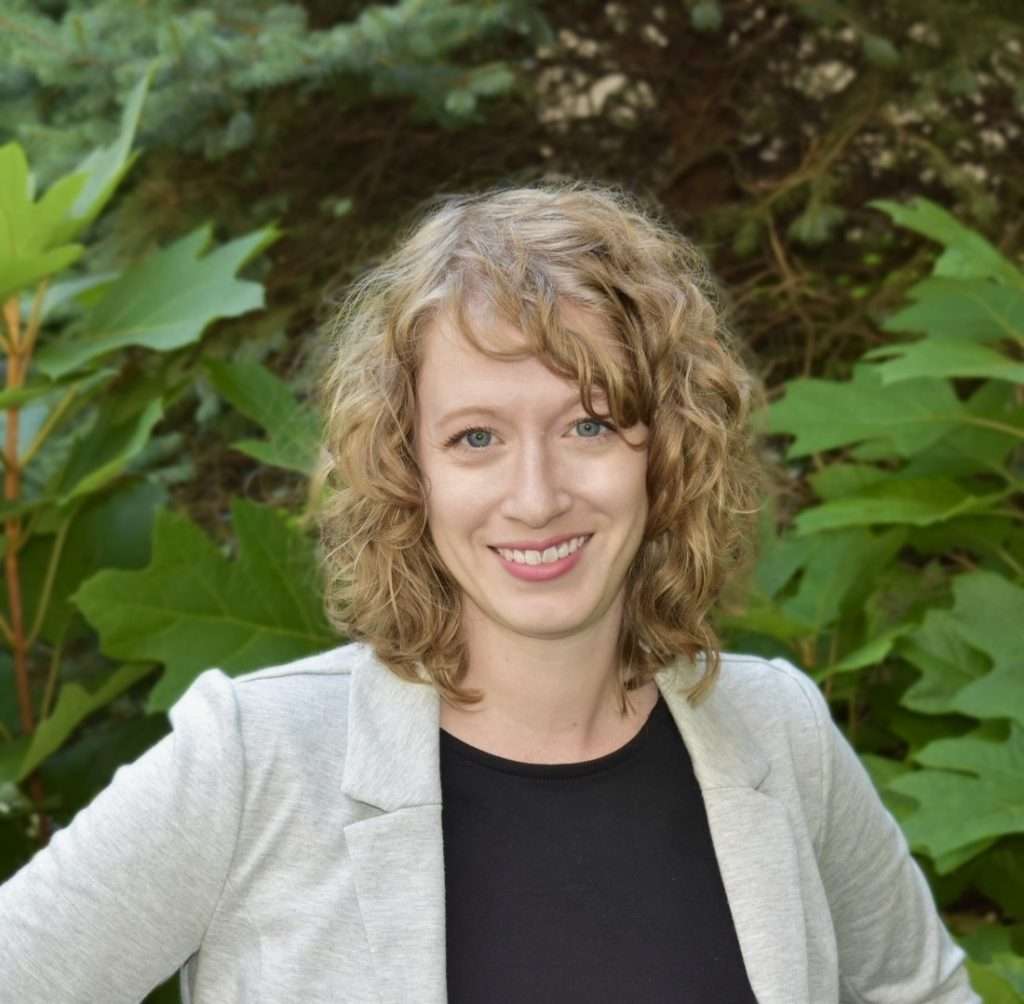 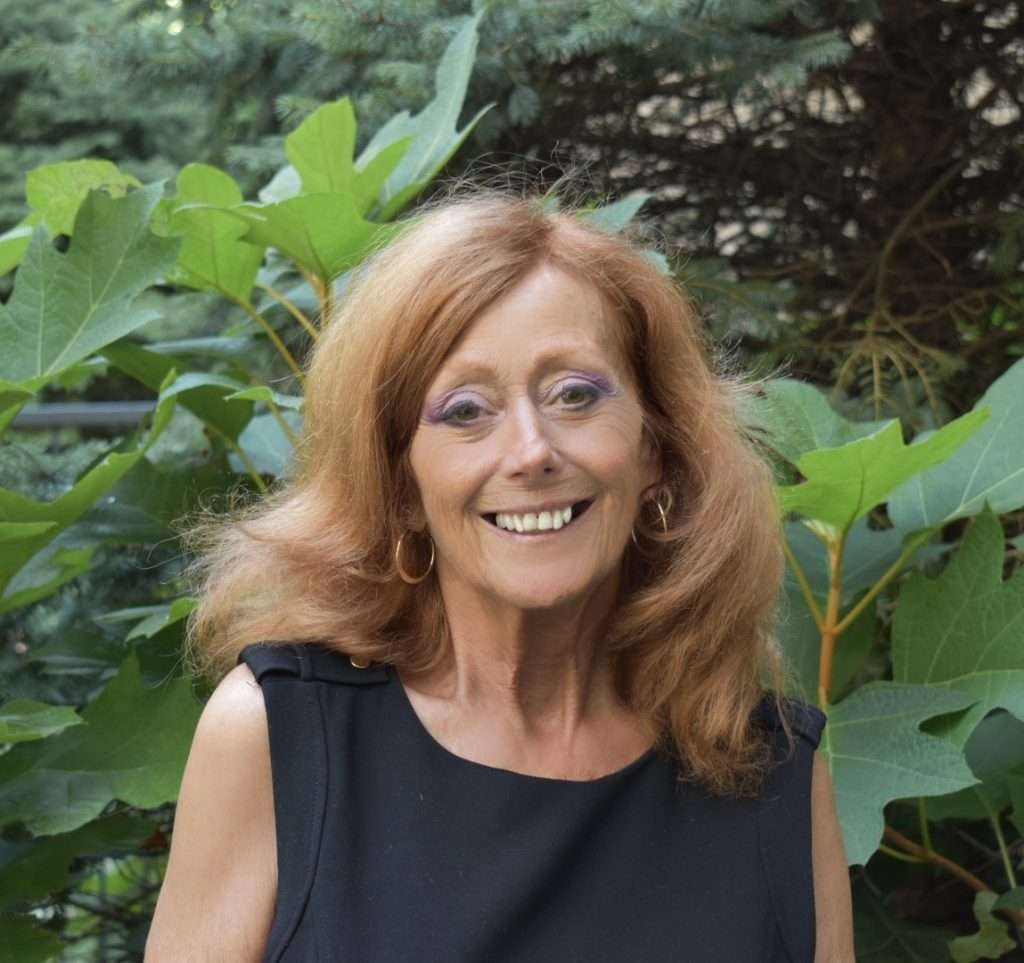 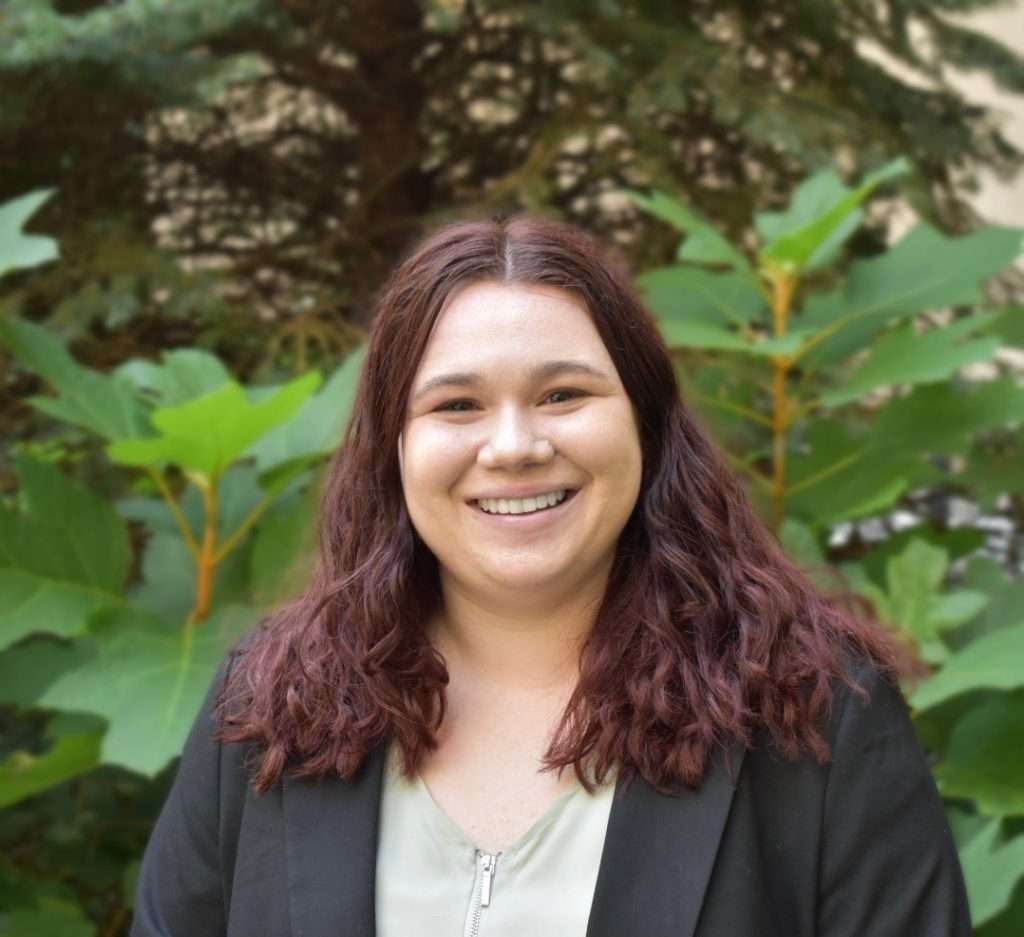 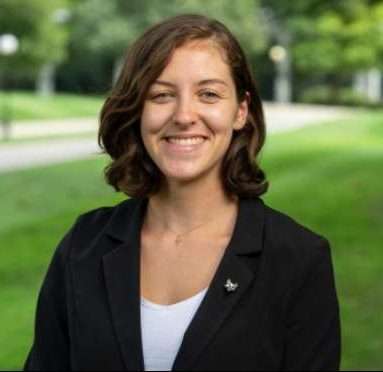 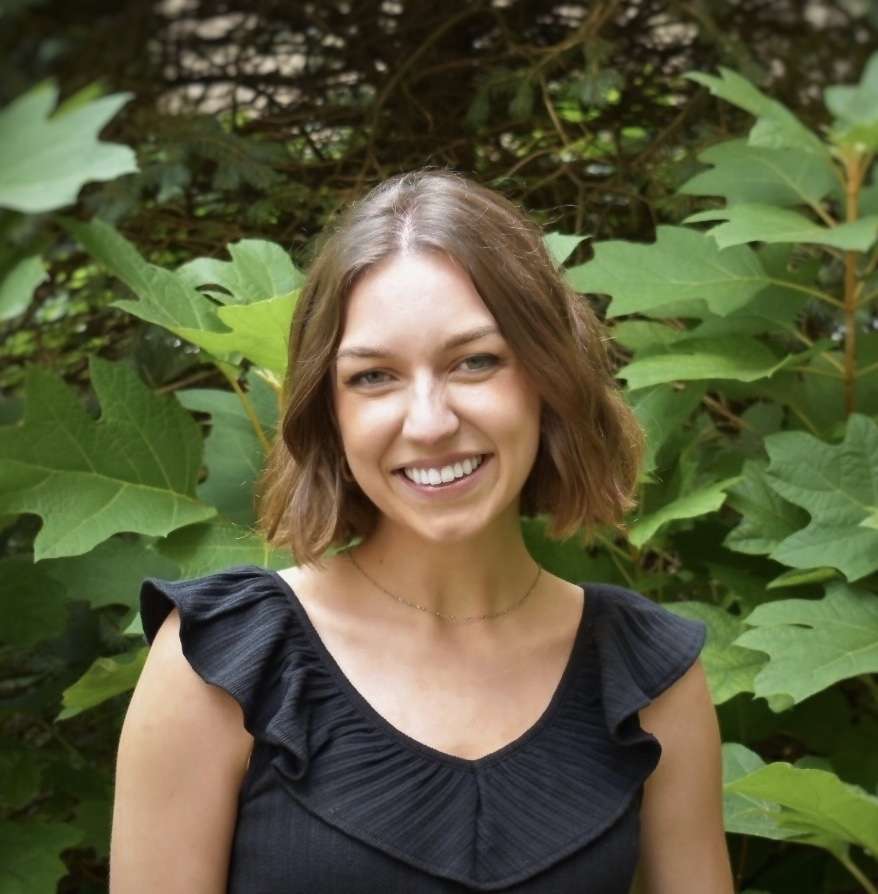 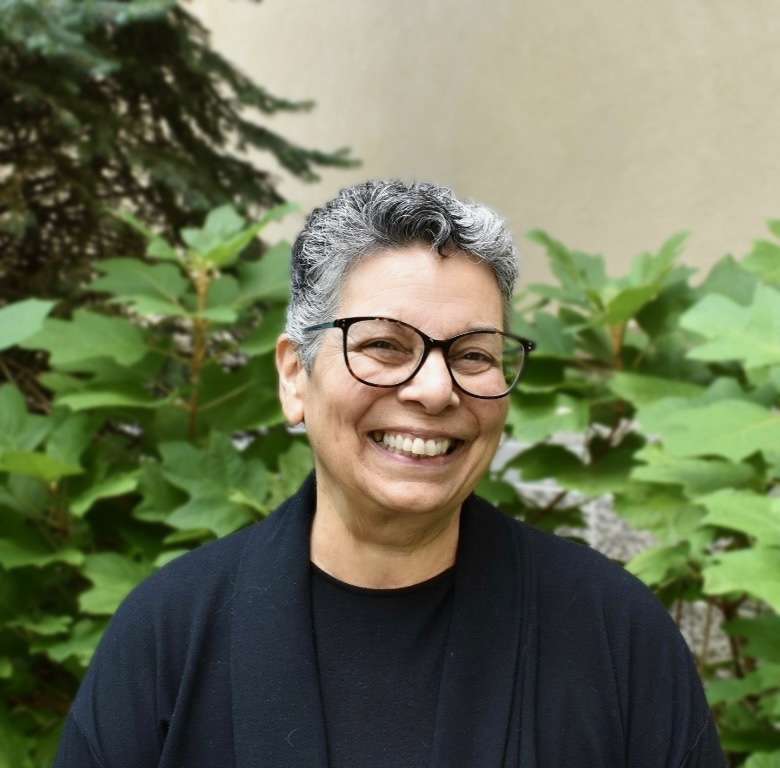 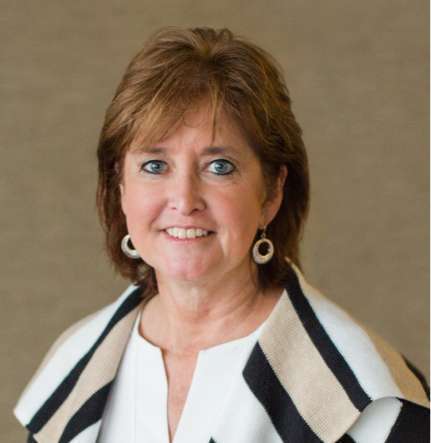 President, Walk Her Home
Susan is the founder and president of Walk Her Home, a 501(c)3 charity with a mission to fight human sex trafficking and commercial sexual exploitation in the United States. She is also the founder of SRI Media, Inc., a communications company specializing in creating customized content. She currently sits on the National Center on Sexual Exploitation’s Advisory Committee and is an active member of the Chester County Anti-Trafficking Coalition. In addition, Susan serves as the Co-chair of Community Assessment of human trafficking activity in metro Philadelphia for International Justice Mission (IJM) and partnered with congressional representatives to draft the Duty to Report Sexual Assault Act. In 2017, The Congressional Victims’ Rights Caucus selected Susan to be honored as the recipient of the Eva Murillo Unsung Hero Award for her efforts in using her experience to make a positive difference in public education, public policy development and greater awareness about crime victims’ rights and needs. 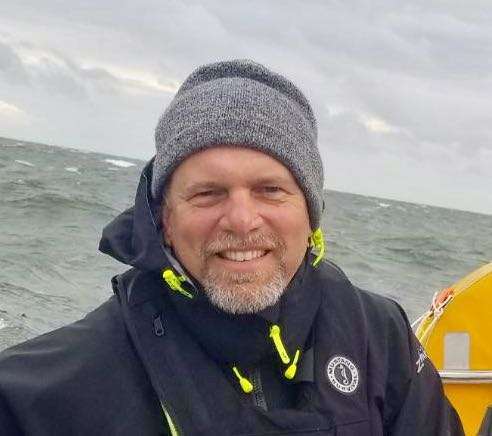 Bill and his wife Susan live in Annapolis, Maryland, where they are fully engaged in community advocacy work to break down the socioeconomic stratification that persists in Maryland’s state capital. Bill is a retired engineer, and has most recently earned a Masters in Theological Studies from Wesley Theological Seminary, Washington, DC. He would be most interested though in talking to you about sailing. 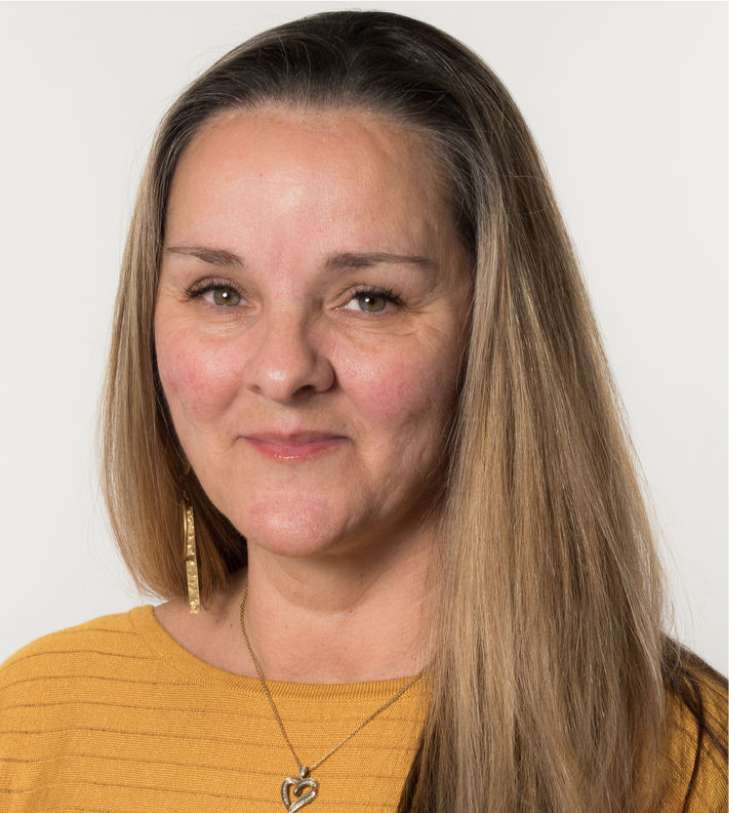 Director of Residential Services, Thistle Farms
Shelia Simpkins is the Director of Residential Services at Thistle Farms, a nonprofit social enterprise dedicated to helping women survivors recover and heal from trafficking, prostitution, and addiction. Her past trafficking experiences are the driving force behind her desire to help others who have experienced trafficking. She sits on the Human Trafficking Advisory Council for the State of Tennessee, and she is a survivor advocate for Grace Empowered, a court-ordered prostitution intervention program operated by the Nashville-Davidson County Office of the District Attorney General. In addition, Shelia completed the Human Trafficking Leadership Academy fellowship program in 2018. She has an MSW from the University of Tennessee–Knoxville with a concentration in Organizational Leadership. 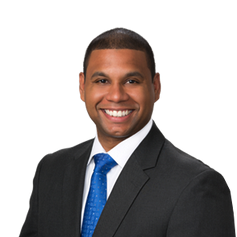 Portfolio Consultant, Key Financial, Inc.
Sam graduated from The Pennsylvania State University with a degree in business focused on financial services. Sam has a strong passion for people and loves being active in his community. He has participated in several community-oriented projects and local events geared towards bringing the community together. He has also served with his Church, on missions’ trips to the Dominican Republic, where they educated communities on, literacy, health care and built shelters for communities in need. 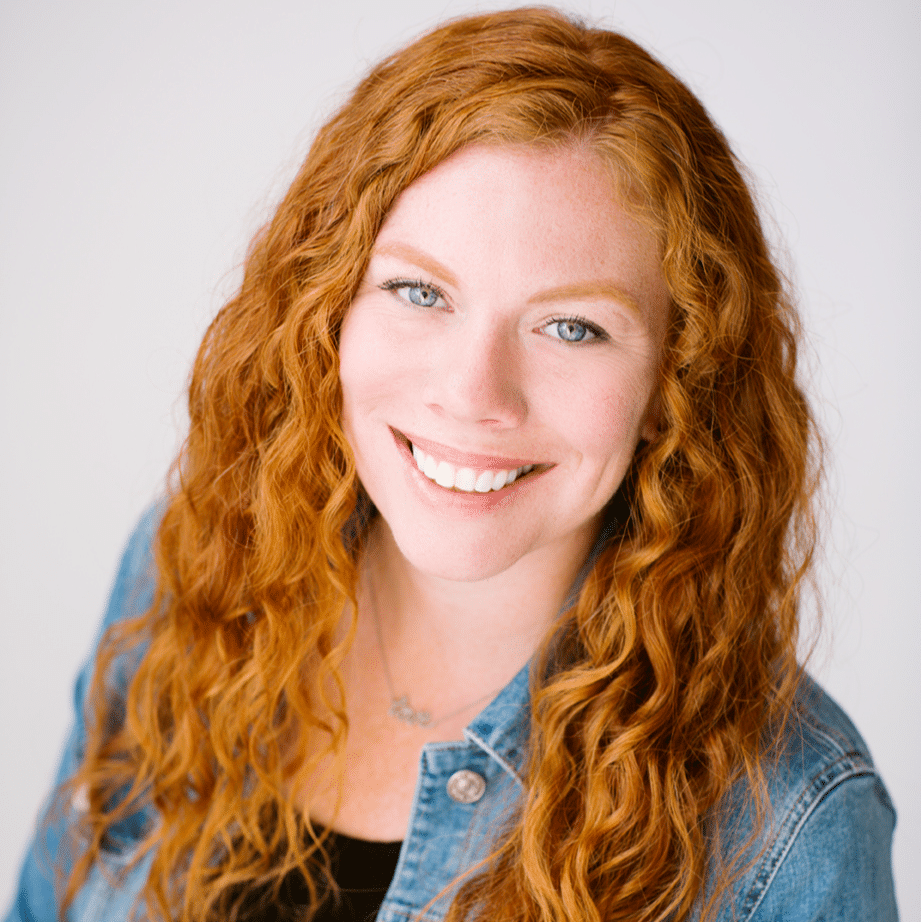 Executive Director, REST
Amanda is Executive Director and co-founder of REST (Real Escape from the Sex Trade), a nonprofit residential program that provides pathways to freedom, safety, and hope for victims of sex trafficking and exploitation. She has over 12 years of experience working with individuals in the sex trade. She is certified in Trauma-Focused Cognitive Behavioral Therapy and is also a nationally certified High Fidelity Wraparound Coach. Amanda has her BSc in Psychology from Northwest University and an MSW from the University of Washington. 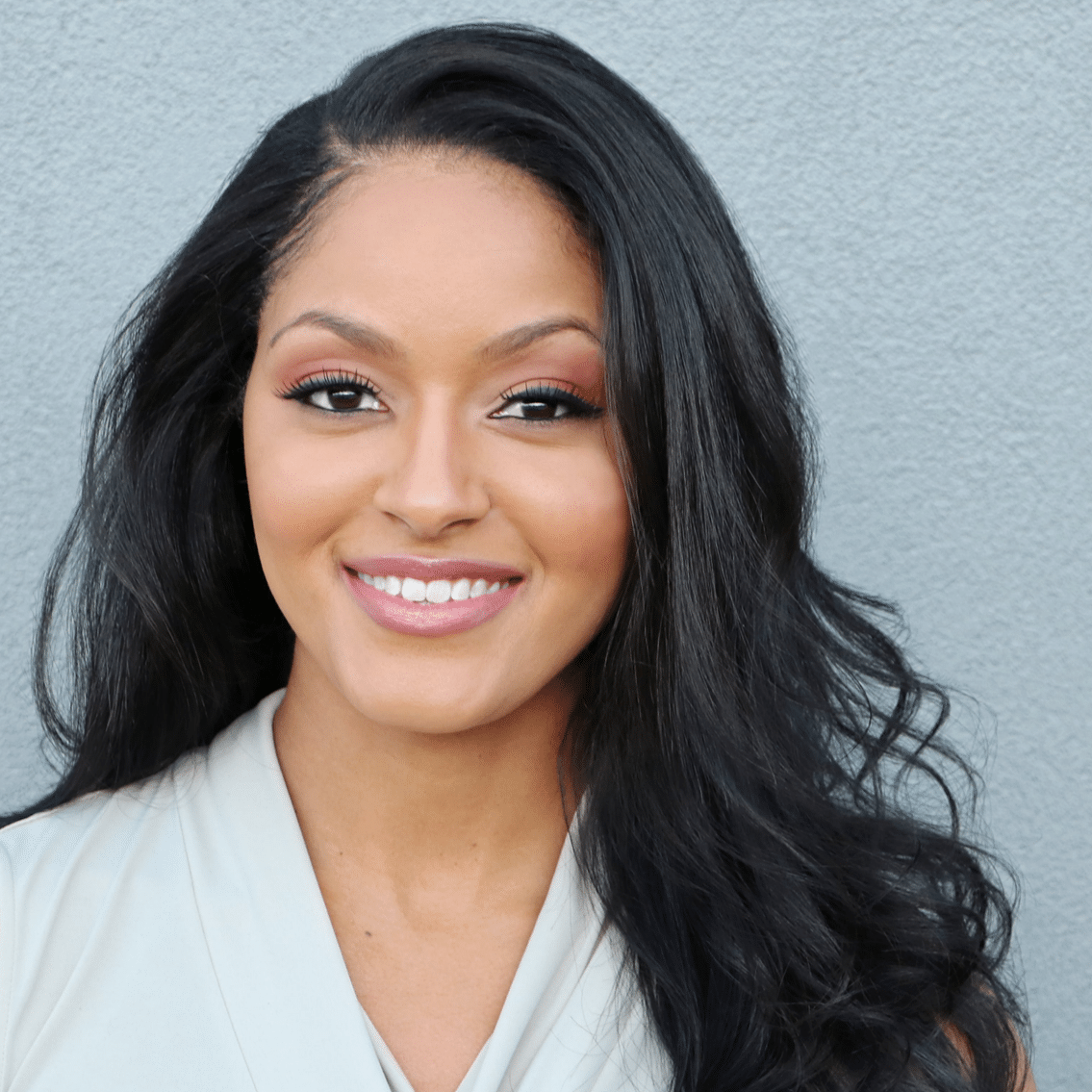 Founder of Sowers Education Group, Lead Author for Ending the Game
A graduate of UCLA and a personal survivor of human trafficking, Rachel has extensive experience teaching, training, curriculum writing, public speaking and mentoring. As director of Sowers Education Group and lead author of Ending The Game: An Intervention Curriculum for Survivors of Sex Trafficking, Rachel has helped millions to become more aware of human trafficking and has helped hundreds of survivors break the bonds of attachment to traffickers and the lifestyle of commercial sexual exploitation. Recently, Rachel was appointed to the United States Advisory Council on Human Trafficking for a term of 2 years.
www.RachelCThomas.com
Instagram: @RachelThomasWasHere
Facebook: @RachelCThomas

Who are our members?​

Check out which agencies are currently part of the Alliance network.

Are you ready to make a difference with us?

Is NTSA a Christian organization?

The NTSA is a faith-based, ecumenical Christian agency. The NTSA was originally built by a steering committee of Christian service providers, motivated by their faith to create a supportive community that can enhance the quality of care for survivors of human trafficking.

While the NTSA leadership and Board of Directors agree to the NTSA statement of faith, employment and membership are open to all individuals and organizations, no matter their faith background.

Similarly, NTSA is working to ensure that EVERY survivor has access to quality care - regardless of one's religious beliefs, race, gender, age, ethnicity, sexual orientation, or disability.

The National Trafficking Sheltered Alliance is a qualified 501(c)3 organization. All donations are tax deductible to the full extent of the law. EIN 84-2962806